This is a record of what we find.

Interview with Elizabeth O. Dulemba about her new novel A BIRD ON WATER STREET

I am just thrilled to welcome Elizabeth O. Dulemba here today!  Her wonderful new book, A Bird on Water Street, came out on May 7:

When the birds return to Water Street, will anyone be left to hear them sing? A miner's strike allows green and growing things to return to the Red Hills, but that same strike may force residents to seek new homes and livelihoods elsewhere. Follow the story of Jack Hicks as he struggles to hold onto everything he loves most.


Tam: Hi Elizabeth!  To jump right in, it is so clear that you did tremendous research, Elizabeth, about landscape for A Bird on Water Street.  From the dry, dusty opening to the small signs of green – the weeds and tadpoles and garden…your sensory details are amazing.  For instance, it was easy to smell the dirt and feel it in my own lungs as I read. How did you gather and then articulate the details of this landscape?

Elizabeth: Oh Tamara, I’m so glad you think so! What a wonderful compliment. I did do a ton of research for A Bird on Water Street, and we visited some of the areas that hadn’t yet been revegetated. But I think it also might have been a combination of this area being part of my awareness for most of my adult life combined with being an outdoorsy person and an artist - I’m a naturally observant person when my head isn’t in the clouds.

Tam: What is your personal relationship to the Red Hills?  (You live there right?!!) 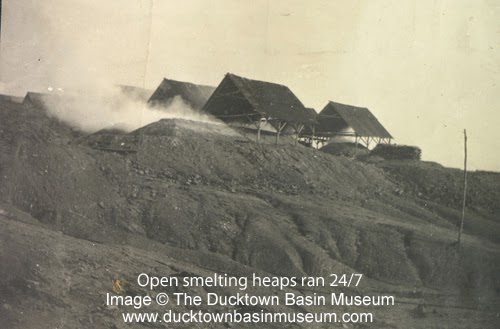 Elizabeth: I used to drive by the miners on strike on my way to go camping, back in the early 90s. At the time, I didn’t understand what the strike was all about, but I could see the bare vista. We called it the “rape of the land.” Then in 2001 my husband and I got married and combined our lives by jumping a bit off grid to a log cabin nearby. By then, the area had mostly been revegetated. It took trekking down windy dirt roads to see the remains of what it had looked like back in the copper mining days.

But what really got me tied into the area was when we first moved there and were trying to make friends. We were invited to a town meeting between the (closed) company and the copper miners. The company wanted to open a scenic railway going north from town around an interesting and rare railway switch. They wanted to pay for it by reopening the mine and sending out one shipment of sulfuric acid (a byproduct of copper mining) a week. Miners stood up one by one, bent and thick and strong, wearing denim and plaid flannel. They listed all the loved ones they’d lost to cancers, all thought to be caused by the mines. They made thinly veiled threats that if the company moved forward with their plans, they would sabotage the tracks. That was the moment the muse took hold of me and demanded I write the story.

Elizabeth: We’ve since moved away, down to Atlanta, but we still visit the area and the friends we made there are friends for life. So we still feel very connected.

Tam: For me, landscape is almost always a character.  What do you think of that idea?

Elizabeth: Oh yes! The landscape is most definitely a character in A Bird on Water Street! Just as Jack touches a tree and relates it to a holy experience (imagine having no trees in your life), I think the land has a voice as well.

Tam: Do you think most people feel that? 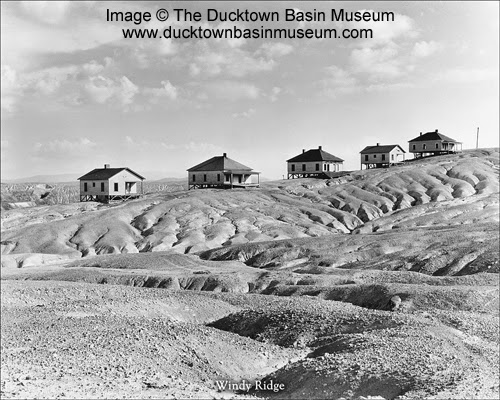 Elizabeth: Children seem especially plugged into it. I used to be. It fades as we grow, I think (or it did for me, at any rate), but I keep trying to get it back. I think that’s why people do so much damage to the environment—they’re not listening or they simply can’t hear. If they could, I think they’d behave in a much more responsible way.

Tam: That is so eloquent and deeply true.

So to continue along that train of thought, what do you think about the idea that landscape holds stories? The way a piece of land is, for instance, itself shaped over time and what that means for the people (characters) walking and breathing within it. Life happens over and over again on the same piece of land. Do those life stories get told?  Or are they felt?

Elizabeth: I think you’re absolutely right. Some people would call the stories ghosts, or maybe left over energy, I don’t know. I’m truly not a new-ager, but I do think there’s something to all this. I’ve been to places on this planet that feel so familiar to me, like I’d been there before (Normandy, France and the Maasai Mara in Africa come to mind). And I’ve been to places that feel completely alien to me (the US Rocky Mountains). Whether that’s because of something already there, or something in me, I don’t know. But it feels too palpable to be disregarded.

Tam: In A Bird on Water Street, in particular, what does this idea mean when the land has, for the most part, been stripped and dug dry?

Elizabeth: Even when the land is damaged so severely, I think there’s an energy, a feeling to that as well. It’s probably simple biology - we probably feel life, even microscopic life, around us. Maybe we hear it on a sub-sonic level. And some part of us probably senses its lack as well. It feels eerie, creepy, wrong somehow.

Elizabeth: Although there were folks who loved those Red Hills. Imagine no snakes, no poison ivy, no allergies, no mosquitos. I found it so interesting that some people actually resented the return of nature.

Tam: That is interesting!

But Jack is not one of those people, right?  He is just so desperate and excited about the possibility of nature returning.  What does landscape mean to him? 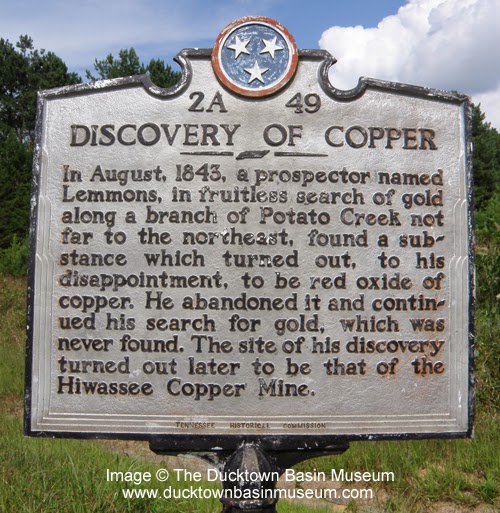 Elizabeth: Jack is a lot like me in his regard for nature. He feels it thrumming through him, he feels connected to it. For him, trees truly are holy, as is the diversity of life within nature.

Tam: Can you talk more about that? What landscape means to you?

Elizabeth: It’s why I garden (although my current yard is not so great for it and I have less and less time the more I write). I love to run my hands through rich earth and plant things—create life. I’ve often referred to myself as a kamikaze gardener or “She-ra of the Forest.” At the cabin I used to dig up Hemlock trees out of the woods and drag them to wherever I wanted them to be. (I’m not so good at respecting man-made property lines - it’s all Mother Earth to me.) The scene where Jack’s mom teaches him to jump on a spade was how I’ve always done it. There’s a lot of grunting and sweat. And sometimes a tree would really take and turn into a stunning showpiece. I loved it.

Tam: Finally, I am curious about your take on the relationship between landscape and home.  Jack's deep quest for a sense of home was so palpable, and the process of him coming to terms with his own definition of that, and his MAKING of that (his research and his garden, are two examples of that), were so moving.  Do you think landscape helps create home?  Do you believe our inner landscape and our outer (environmental) one must be in synch?

Elizabeth: Again, I am so flattered A Bird on Water Street touched you in this way! I do think our landscape can help create or define home. Pardon the pun, but it grounds us. I have iris bulbs that have followed me to three houses now.

Tam: I know just what you mean! I have irises and a few other plants from my mother's gardens; from my childhood home, and they are essential to my sense of place too. 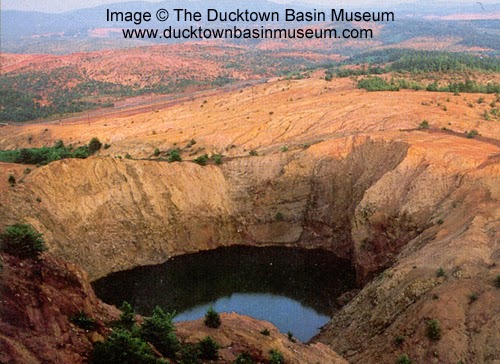 Elizabeth: Yes! Every time I put mine in the ground, it connects me to where I’ve been and to where I am now. I treasure them. Establishing them establishes me and brings all those good memories forward to my present. I can’t imagine not having a garden in which to continue those threads in my life.

Such wonderful questions Tamara! Thank you for making me think about all this!

Tam: Oh Elizabeth! Thank you so much for coming over here to share your thoughts and your wonderful A Bird on Water Street.

Elizabeth has generously offered to give away a copy of A Bird on Water Street to one lucky person who leaves a comment below.  Leave a comment!  Get yourself a chance to win this book!  I read it, and you don't want to miss it!  The deadline is May 13 at midnight EST. The winner will be drawn at random and announced here at Kissing The Earth on May 14th.

Elizabeth will be visiting Kirby Larson's blog next, on May 9.  Don't miss her! 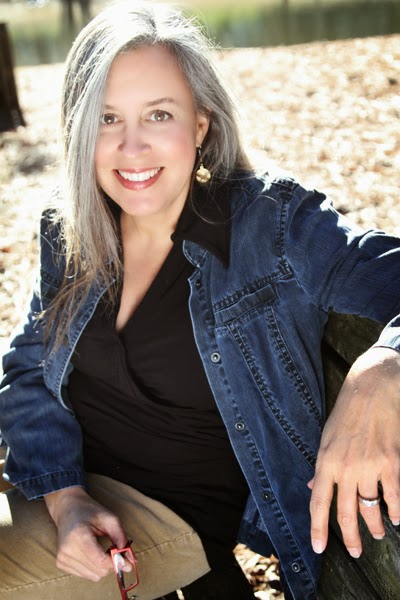 Elizabeth O. Dulemba is an award-winning children's book author/illustrator with two dozen titles to her credit. She gives back to the community that supports her as Illustrator Coordinator for the Society of Children's Book Writers and Illustrators (SCBWI) Southern Breeze region (Alabama, Georgia, Florida panhandle) and as a board member for the Georgia Center for the Book. She is a Visiting Associate Professor at Hollins University in the MFA in Children's Book Writing and Illustrating program. She also teaches writing and illustration at other venues and speaks regularly at schools, festivals, and events. Her latest picture book is LULA'S BREW (Xist Publishing) and her debut historical fiction mid-grade, A BIRD ON WATER STREET, will come out Spring 2014 (Little Pickle Press). Her "Coloring Page Tuesday" images (free to parents, teachers and librarians) garner around a million hits to her website annually with over 3,000 subscribers to her newsletter. Learn more about her at her website.

We met at Vermont College of Fine Arts in the amazing and wonderful Writing for Children and Young Adults MFA program, and immediately became a part of the class of Unreliable Narrators--a group of talented, passionate, supportive women. We could not have asked for, or even dreamed of, a better place to land. We both felt incredibly blessed.

Taking inspiration from a lecture by VCFA faculty member Julie Larios, we began practicing The Art of the Flaneur--being present as you wander in your world, and taking note of the details.

After graduation, we visited each other on our respective coasts and were struck by our shared interests. Beyond our passion for children's literature, language, words and the exquisitely turned phrase, we found that we also shared a deep reverence for nature and for finding the extraordinary in the ordinary. All with a sense of gratitude and a deep awareness of the blessedness of everyday life.

We wanted to continue to explore and share the observations we each make on our daily wanderings; thus was born this blog.

We thank all of the writers who have come before us and kissed the earth with their feet...and their words. We feel honored to follow you.